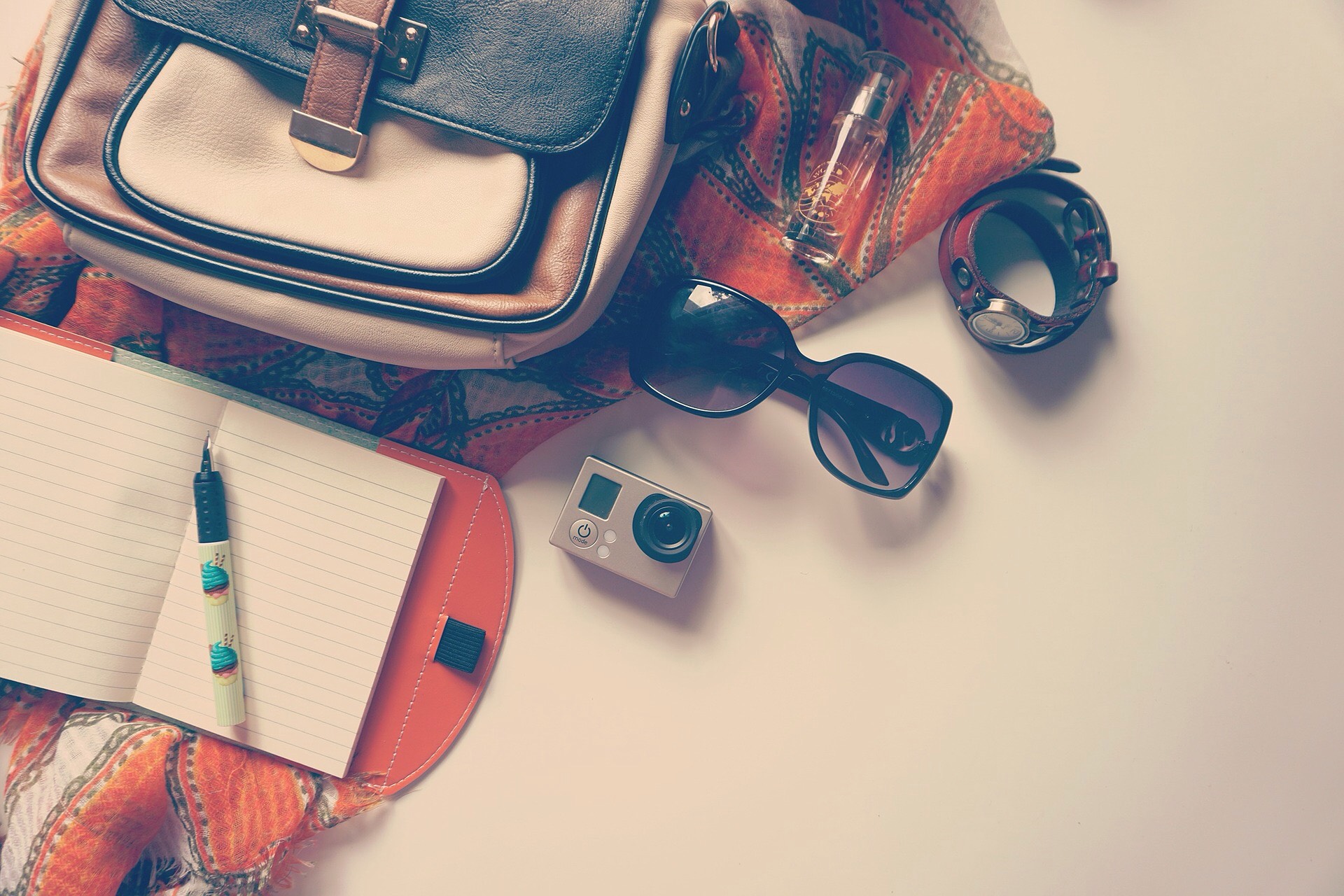 Question: I hosted a tzedaka party and a tremendous amount of people came. About two weeks later, I was rummaging through my coat closet and I saw a scarf and an umbrella, that I know doesn’t belong to anyone in my family. It must have been from one of the guests. I made a few phone calls but there’s no way to definitively know to whom it belongs.I don’t think that I’m allowed to throw out something that belongs to someone else. What should I do now with all the things in the house that don’t belong to me and I can’t locate the owner? Do I have to hold on to it? Can I use it? 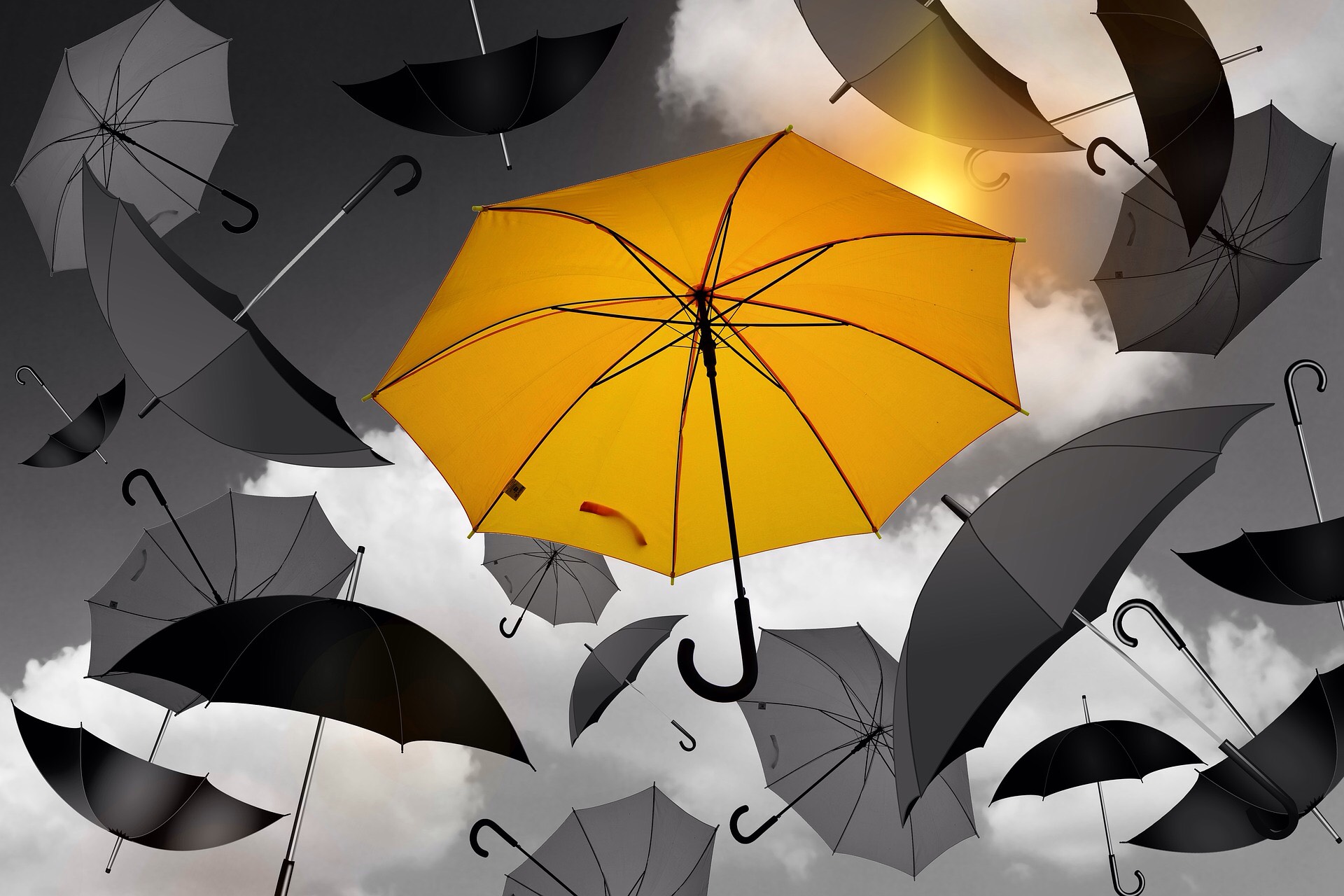 This is a Common Phenomenon

Answer: This question and similar questions are incredibly common.

The Torah in two places,Parshas Ki Seitzei  (and Parshas Mishpatim) writes that there is the mitzvah of Hashavas Aveida (returning a lost item to its owner).

Not only that, the finder, in fact, becomes a “shomeir” (guardian) for the one who lost the item; therefore, the finder must definitely make sure that the item does not get damaged or disposed of.

The halacha is if someone finds an aveida, a lost object, they have to return it to the loser, and must hold onto it, until they return it.

In the best case scenario, one should do what they can to find the person whose item it is, i.e. put up a sign (when applicable), make phone calls (especially if there’s a number on the item), and in that way find the owner and return it.

What if there’s no way?

When there’s no way to locate whose item it is, and it’s obvious the owner was “miyaesh”, gave up hope of retrieving it, then it has a halacha of hefker and whoever finds it may keep it.

The halacha is, therefore, that if one finds a dollar bill in the street, since there’s no siman( specific marking), one may keep the dollar even if it fell from a Jew.

We assume the one who lost it knows that he lost it and was miyaesh.

The problem is when someone lost something that has no siman, but doesn’t know he lost it so he was never miyaesh (although we know that if he knew of his loss he would be miyaesh).

Also, if the finder picked it up before the loser realized his loss, even if the loser was miyaesh after he realized it was lost, nevertheless, the finder must return the item to the loser, because he was responsible to return it to the loser before there was “yiush”, so the yiush afterwards doesn’t take effect. [The gemara’s term for that is it was “b’isura asa l’yado”, it came to the finder before he was allowed to keep it, namely, before yiush.]

What about this Scarf and Umbrella?

Now, in your case, where someone left a scarf or umbrella in your house, there are several factors to consider.

If the person who left it was miyaesh, then theoretically you can keep it, like any lost item after yiush.

In this case, however, that’s not so simple.

Even if you didn’t pick it up at all, let’s say it was sitting in your closet and you never picked it up until the yiush occurred, acc. to the Shach (CM 262:1) the fact that it was in your house makes you a shomeir aveida, requiring you to give it back. [The Nesivos Hamishpat there argues on this point.]

There’s the possibility also, that the one who lost it totally forgot about it, and doesn’t know he lost his scarf, in order to be miyaesh. So it’s not really simple to rely on yiush here to allow you to keep it. 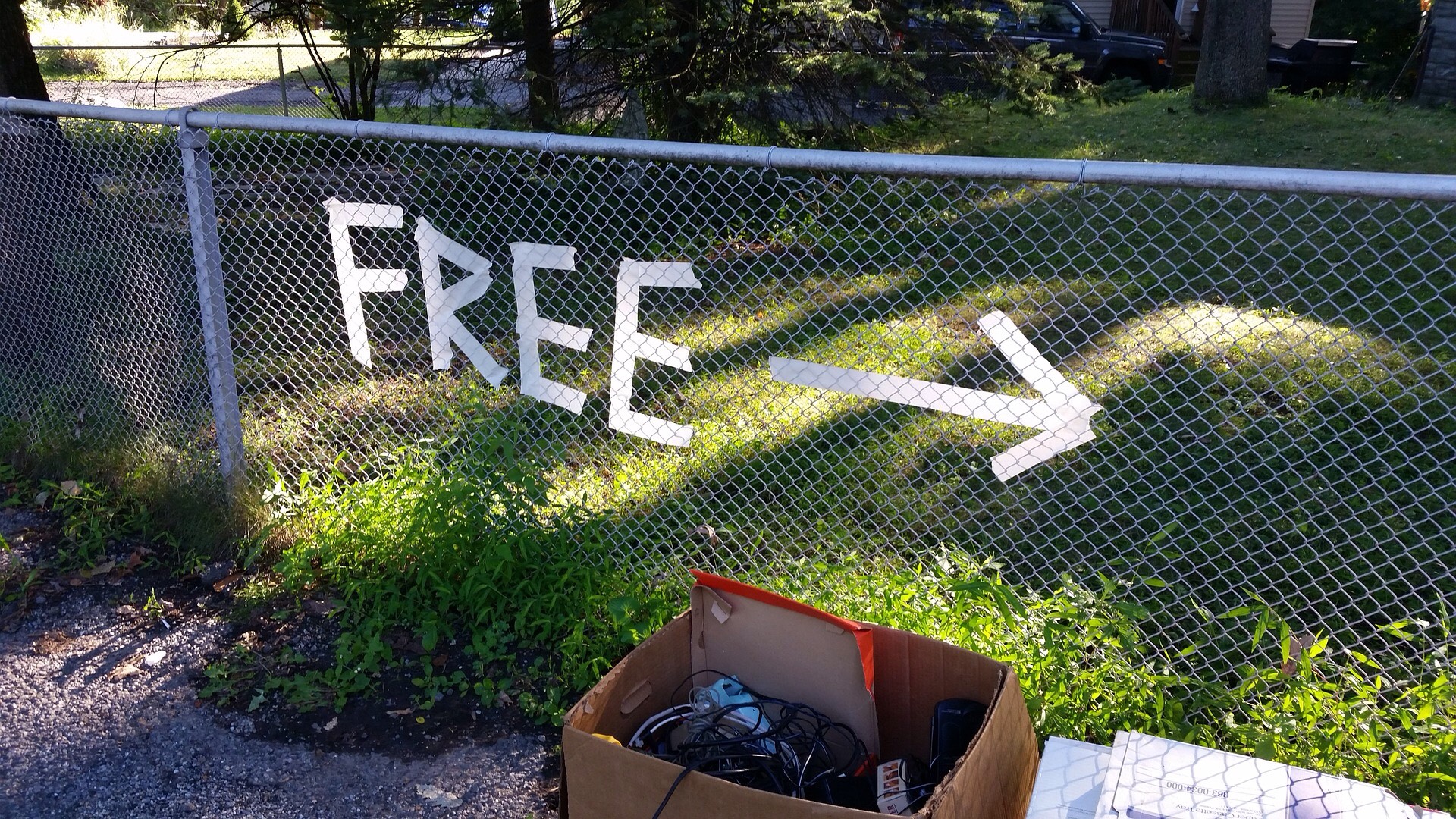 Room to be lenient

Still, there is room to be lenient, and that’s by putting together a few different ideas.

Firstly, as we said, although we don’t know for certain there was yiush before you lifted it, it’s possible the one who lost it was miyaesh. That would be the simplest situation.

True, the Shach maintains that since it entered your property “b’isura”, before yiush, you’re responsible to do hashava, still, since the Nesivos Hamishpat argues, that’s one reason to be lenient.

Now, there are other scenarios to consider.

It’s possible the loser didn’t yet realize he lost it, so there’s no yiush yet (but we know that if he knew it was lost he would be miyaesh, that’s called “yiush shelo m’daas, which doesn’t work bec. it’s b’isura asa l’yado).

Alternatively, it’s possible you lifted it before the yiush took place, and by now, a few weeks later, even if he definitely was miyaesh, we said the yiush won’t work because it came to your hand before yiush.

Still the opinion of the Ramba”m acc. to the Shach (CM 260:26) is that one may use what came to his hand before yiush if there’s no siman, so he cannot find the loser.

The fact that it came to him before yiush only makes it that if the loser comes to the finder and claims the item to be his and proves it, the finder must return it to the loser.

True, the Rema doesn’t pasken like this Rambam, and even in the Shulchan Aruch who does pasken like the Ramba”m, there are other interpretations, still together with other factors we can include this Shach together as well. 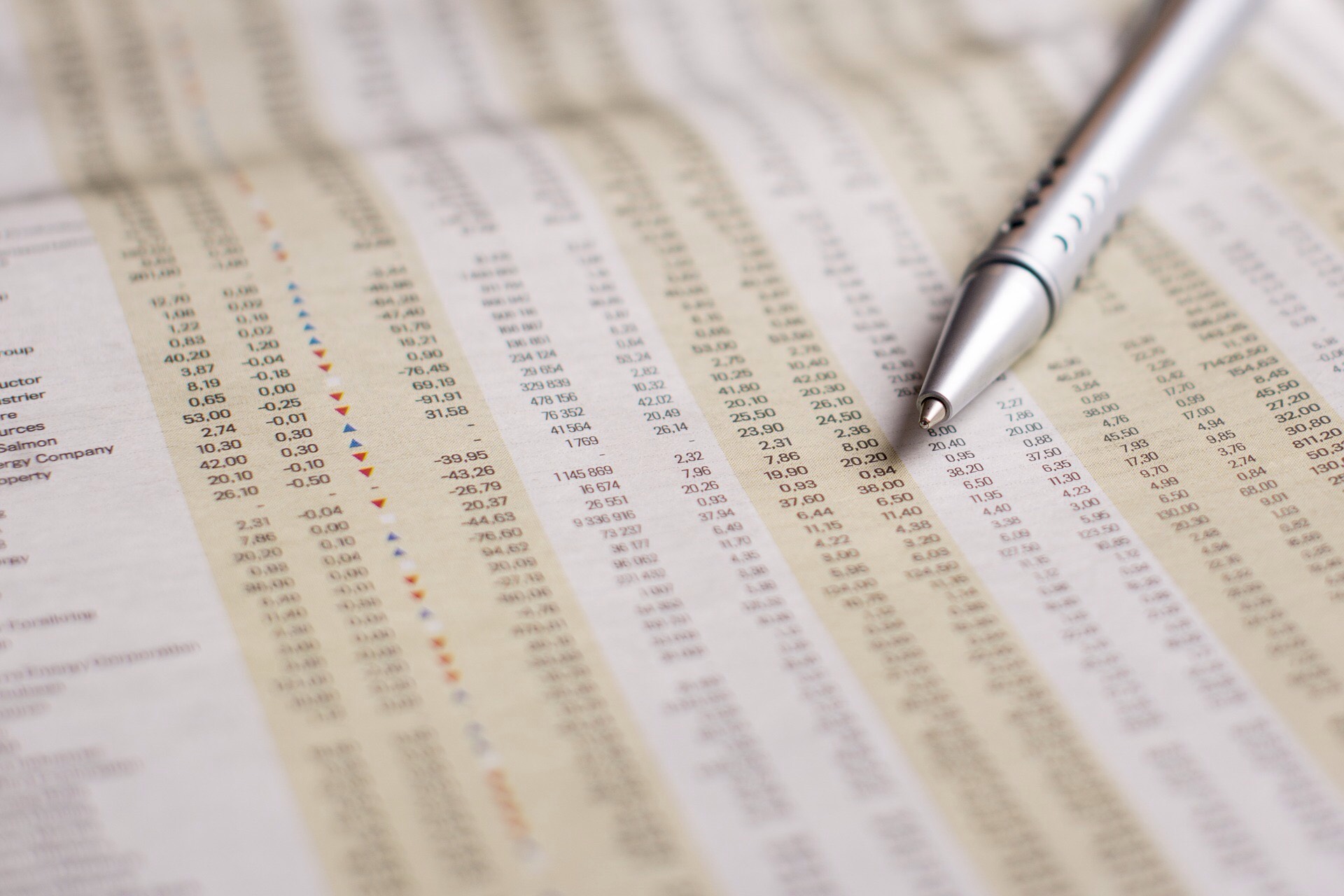 Sometimes you can buy it

Secondly, the Gemara says (BM 29b) that one who finds Tefillin, the finder may estimate what it’s worth, and use the Tefillin by himself; in effect, the finder is buying the Tefillin from the loser.

When the loser claims the Tefillin from the finder, the finder can reimburse the loser with money that the Tefillin are worth. The Gemara explains the rationale that the loser really doesn’t mind, since it’s possible to buy an equal pair of Tefillin easily.

The loser will use the money the finder gives him to buy another pair of Tefillin. There are those that maintain that only applies to an item of a mitzvah (see Sm”a CM 267:30), still many others maintain that this applies to anything that can be bought easily, and there’s no reason for the loser to mind having the finder use it.[ Ironically, nowadays, this halacha would not apply to one who finds Tefillin as people are very particular by whom they buy their Tefillin and it’s not always available, so the loser would mind if the finder takes them for himself.]

Thus, if one finds a scarf or an umbrella, unless these are very special items, or there’s some sentimental value attached to them, the finder could “purchase” the item from the loser so to speak, by using it for himself, and reimbursing the loser with money, when they finally find each other. Therefore, you can take the scarf for yourself, and just write down on a special pad that you purchased it for yourself, and it’s value is such and such, and this way if the loser asks for the scarf (either by figuring out where it was, or Eliyahu Hanavi tells him where the aveida is, as the Gemara says he will, b’mheirab’yameinu) you’ll just give the loser the value of the scarf and fulfil your obligation that way.

Between these two ideas (there’s some sort of yiush involved, and it’s something that’s standard that can easily be repurchased) you can use it yourself, or even give it away, as long as you will reimburse the loser if you ever find out who it is.